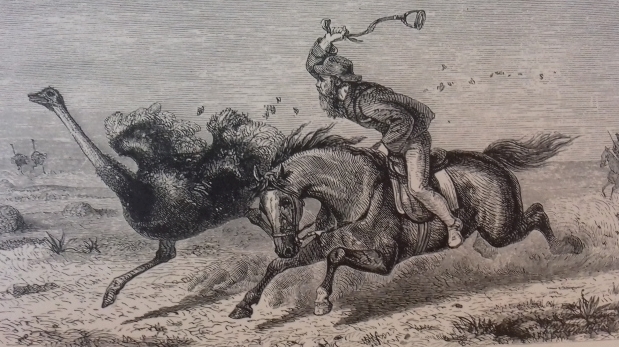 James Edwin Duerden was a Zoologist; world authority on corals, ostriches and wool. He was born in Burnley, Lancashire on 7th April 1865 and died in Nottingham on 4th September 1937. He was the eldest child of a cotton-weaver and he had to go to work in the mills at the age of 12. At 30 he married Margaret Jane Howarth, a teacher at the local day school where he obtained his early education. Working in the cotton-mills by day and attending the night school of the Mechanics’ Institute at Burnley, he became their first exhibitioner to the Royal College of Science, London, in 1885. Three years later he was appointed demonstrator in biology and palaeontology at the Royal College of Science, Dublin, and the next year obtained his A.R.C.S. (advanced zoology). In 1890 he became a member of the Irish Fisheries Survey (1890 – 1895), writing a number of papers on the marine fauna, particularly the Coelenterata and Polyzoa. In 1895 he became curator of the Science Museum of the Institute of Jamaica at Kingston, where he set up a marine laboratory, and in 1897 made a careful study of aboriginal Indian remains. Between 1901 and 1905 his primary interest was corals. In 1901 he became the Bruce Fellow at Johns Hopkins University and led the Carnegie Institute expedition to the Hawaiian Islands to study the Pacific corals. During these years he became the world’s foremost authority on corals.
In 1905 Duerden was appointed professor of zoology at Rhodes University College, Grahamstown, where he turned his attention to local farming problems. In this connection he commenced a study of the ostrich, publishing numerous papers on the bird, and discovering the stalked para-pineal vesicle, until then unknown in any bird. For a number of years he was the officer in charge of ostrich investigations, Grootfontein School of Agriculture. When the ostrich-feather industry collapsed he began a study of wool and became Director of Wool Research for the Union of South Africa. In this study, as with ostriches and corals, he became in his time the leading international authority. On his retirement to Leeds in 1935 he continued his work on wool as a honary member of the Wool Research Laboratory, Torridon, and honoraryFellow of the Zoological Department at Leeds University. He died from a broken neck, the result of a fall in a bus while he was on his way to a meeting of the British Association for the Advancement of Science.
Works: As Duerden published 124 scientific papers between 1893 and 1933, suffice it that those treating of South African subjects appeared principally in the Journal of the Royal African Society, the Records of the Albany Museum, the S.A. Journal of Natural History and the S.A. Journal of Science.