Lost and Found – in search of an old soldier

Lost and Found – in search of an old soldier 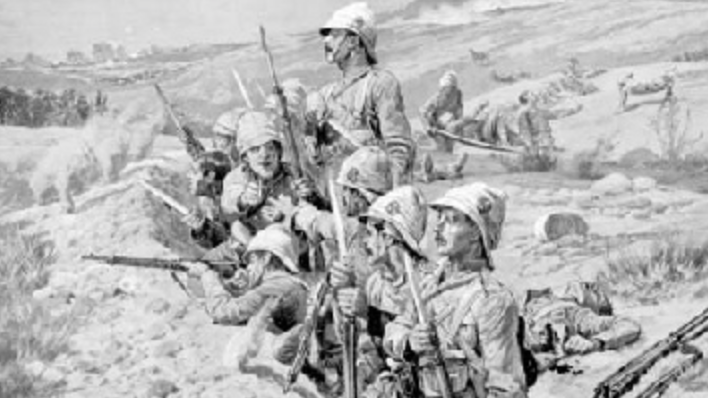 Private Calver died in 1901.  He was killed during the Anglo-Boer War and buried near Prince Albert Road station. In 1993 some researchers visited the area and because they couldn’t find his grave, reported it to be “lost”.  Help was elicited from the British War Graves Records Section of the then National Monuments Council (NMC) in Pretoria, and they reported that his grave was in the Prince Albert Road cemetery. However, no such place could be found. The grave, they said was supposed to be checked from time to time, but records revealed it had last been visited in 1954 and reported to be in fair condition. As this was well before GPS locations were used no one knew just where find his grave and a huge search for it began. Private Calver had been dead for almost 100 years, but he suddenly became quite well known in the area.

His grave was eventually found on Mr T O Slabbert’s farm Goeiemoed.  Slabbert stated that Private Calver’s grave had never truly been lost.  The problem was that when he was burined the little cemetery lay alongside the road.  Then, the road was moved and his grave ended up in the middle of the veld. The researchers strolled out into the veld and found the grave which revealed his true identity. He was W Calver, No 46281 of the 16th Lancers and  he died on September 10, 1901.   A lonely guild cross marked his grave, which was surrounded by almost 40 others. Only two, however, had headstones.  One commemorated 13-year old Raymond Lewis Calder, (an odd similarity of names), who died on April 5, 1916, and the other Anna Campbell, who died on June 10, 1901, aged 15 years and three months.