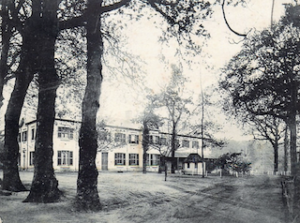 William Hawkins was born at Raphoe, Donegal, Ireland in 1758  and died at sea on 31st July 1836. He was the third and last agent of the English East India Company at the Cape of Good Hope, was the son of James Hawkins, Bishop of Raphoe, and his wife, Frances Whitshed. Joining the Madras civil service in 1775, he rose to the rank of senior merchant, becoming by 1819 second judge of the provincial court of appeal, Fort St George. Returning to Britain in 1820, he was appointed company agent at the Cape after the death of Joseph Luson, taking up his post in November 1823. His principal task was to organize a regular flow of supplies (especially wine and fodder grain) from the Cape Colony to the company’s station on St Helena. In addition he made strenuous (but not very successful) efforts to export Cape wine, through the agency, to London and the hospitals in India. It was during his tenure that the company lost its monopoly of the local tea market (1827).
Besides his own duties he took a lively interest in contemporary affairs. He was a prominent member of the 1825 committee which protested against the replacing of the rix-dollar by sterling at the rate of one shilling and sixpence, and a trustee of the committee formed to build Cape Town’s first Anglican church, towards the construction of which he induced his company to donate 6,500 rix-dollars. He owned a house in Wale street, the historic estate of Rouwkoop in Rondebosch and The Vineyard at Newlands. When, in March 1836, St Helena was transferred from company to crown rule, the Cape agency was closed down, William Hawkins died four months later on board the “Catherine” on his way to Britain.
He married Eliza Constantia Pigott in Ireland in 1792 and there were seven children. According to his obituary Hawkins was a man of excellent principles who was noted for his generosity.